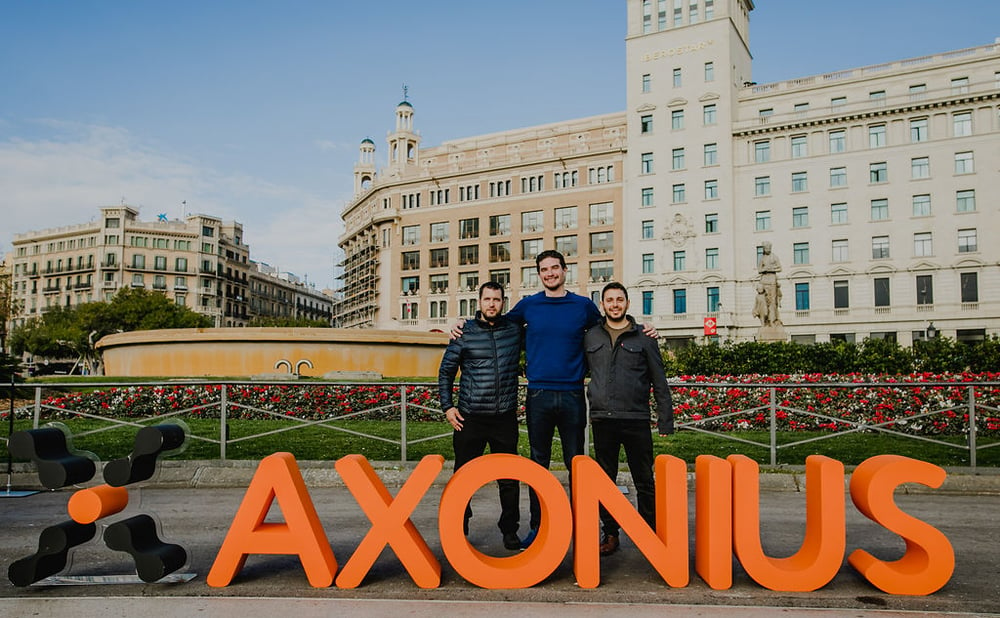 A Team of Experts.

We've assembled a world-class team — from our leaders to our investors — to solve the asset management challenge once and for all.

Solving a problem that has dogged security teams for decades takes a team with decades of experience. We’re led by cybersecurity veterans (both literal and figurative) with proven track records of bringing innovative cybersecurity products to market. 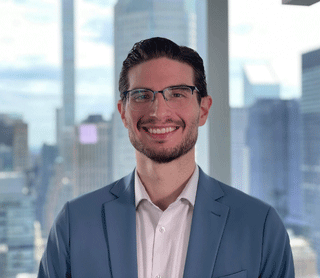 Dean is a world-renowned expert in cybersecurity who was honored with a place on the Forbes 30 Under 30 Israel 2017 list. Before founding Axonius, Dean co-founded Cymmetria, A YC-backed cyber deception company with Fortune 500 customers. He has spoken at major conferences including Blackhat, Defcon, CCC, and more. He is an alumnus of an elite unit in the Israeli Intelligence Corps, where he served for five years as a team leader and officer. During his service, Dean received commendations and awards for his service. Dean is a graduate of the special "Etgar" program, where he earned his B.Sc in computer science at the age of 19. In 2005, Dean was part of the gold medal team in the international Robotic Olympics in South Korea. Dean enjoys playing poker and reading existential philosophy. 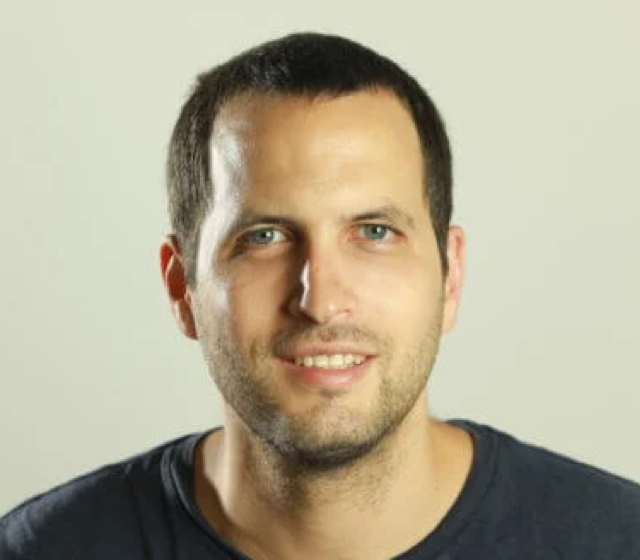 Ofri is a graduate of the elite Talpiot military academy and has over 13 years of hands-on experience in the cybersecurity field. After graduating from Talpiot, Ofri served for 8 years as an officer in the IDF’s intelligence corps. In his last position, he was the leader of an R&D section with more than 40 engineers and researchers. During his service, Ofri received several awards, including the Chief of Staff’s Award of Excellence, the highest recognition possible for officers in his rank. Ofri finished his service with the rank of Major. Prior to founding Axonius, he was the CTO of Kayhut, a cybersecurity company with more than 100 employees. Ofri holds a B.Sc. in Physics and Mathematics with honors from the Hebrew University of Jerusalem. Ofri enjoys skiing with friends and reading history books. 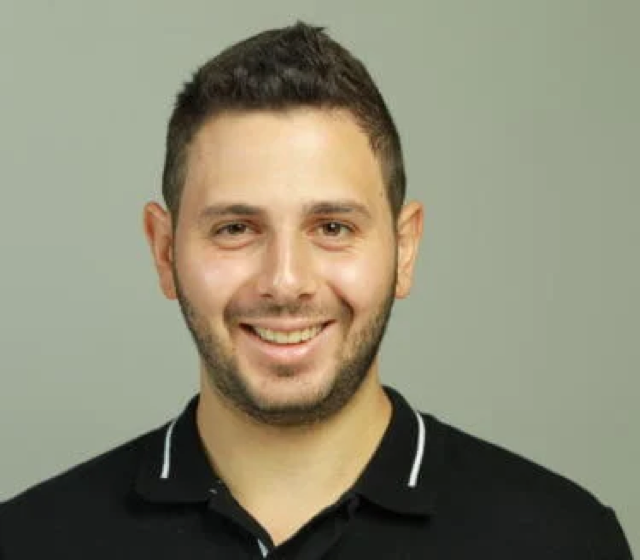 Avidor is a globally recognized cybersecurity expert. Starting at the age of 13, Avidor became a staple in the Israeli cybersecurity underground hacking scene; by the time he was 17, he was employed as a leading penetration tester, and personally led the evaluation of the largest organizations in Israel. Following this, he was drafted into an elite cyber intelligence course and was positioned as a security researcher in the 8200 unit. During his service, Avidor was promoted to a team leader as an officer and won many accolades for his classified work, among them the Excellence Award of the head of unit 8200. Avidor graduated from The Open University of Israel with a CS B.Sc. Avidor enjoys long distance running and skydiving. 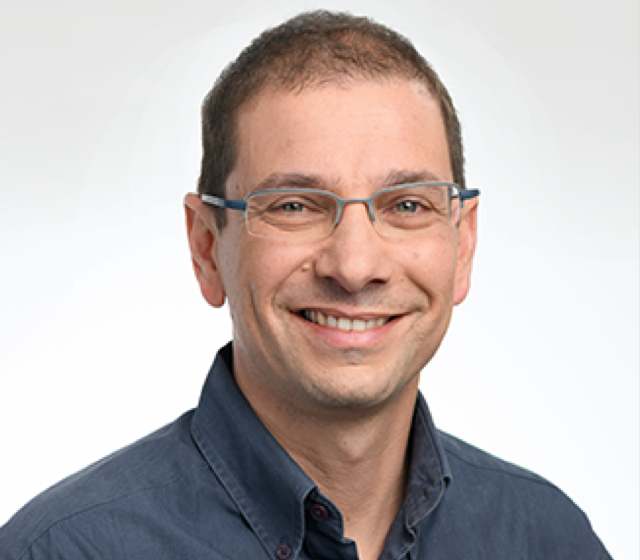 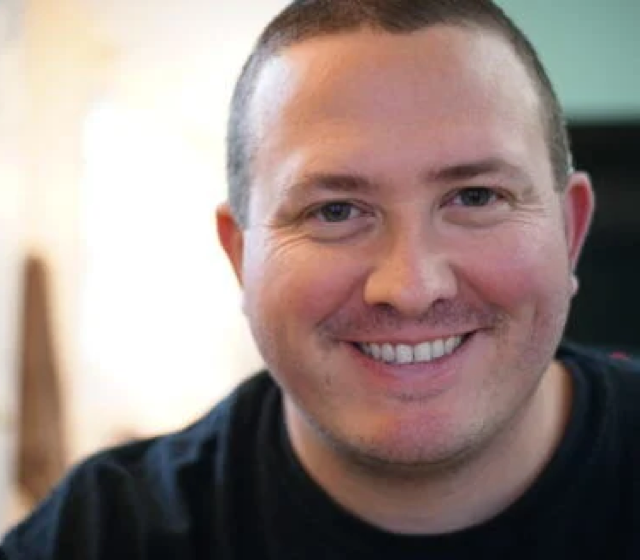 Nathan is the Chief Marketing Officer at Axonius. Passionate about bringing new technologies to market to solve real problems, he has held marketing leadership roles at Hexadite (acquired by Microsoft), Intralinks, MineralTree, CloudLock (acquired by Cisco), and is a frequent speaker and contributing author on topics related to the intersection of collaboration and security. He lives on Cape Cod with his wife, daughter, and dog, and enjoys watching the unfairly dominant New England Patriots.

Jerry is Chief Financial Officer at Axonius, responsible for growing and scaling the company’s global finance organization. He brings over 20 years of global operations experience to Axonius and is passionate about building strong teams that help support and drive company growth. Jerry most recently served as Chief Financial Officer at Stack Overflow and has held leadership roles at Vibrant Media and WWE. In his spare time, Jerry serves on the board of Diaspora Community Services, a Brooklyn based non-profit organization. 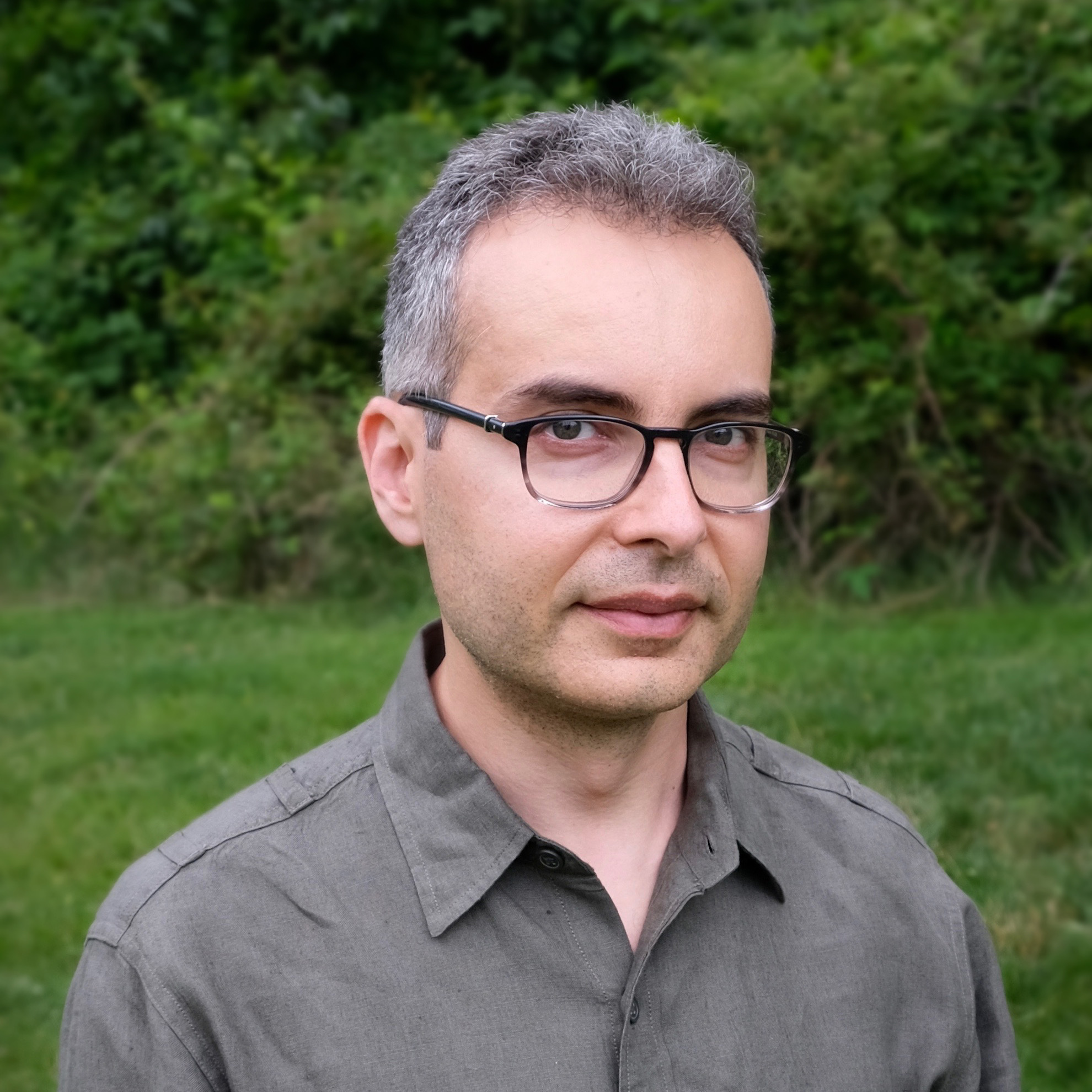 Lenny is Chief Information Security Officer at Axonius. Prior to Axonius, Lenny led security product management at Minerva Labs and NCR. Before that, he spearheaded the U.S. security consulting practice at a leading cloud services provider acquired by CenturyLink. Zeltser also helps shape global cybersecurity practices by teaching at SANS Institute and sharing knowledge through writing, public speaking, and community projects. He has earned the prestigious GIAC Security Expert designation and developed the Linux malware analysis toolkit REMnux. Lenny is also on the Board of Directors of SANS Technology Institute. Outside of work, Lenny loves cooking for his family and friends.

Joe is a seasoned cybersecurity sales leadership professional with over 15 years of experience building and executing successful global strategies to drive revenue growth. Prior to joining Axonius, Joe ran North America channel sales at Mandiant and FireEye and has held key leadership positions at other leading cybersecurity firms including Symantec, GuardianEdge, Centrify, and NetForensics. When Joe is not working he can usually be found with his family enjoying the Chesapeake Bay or chasing his 3 unruly canines. 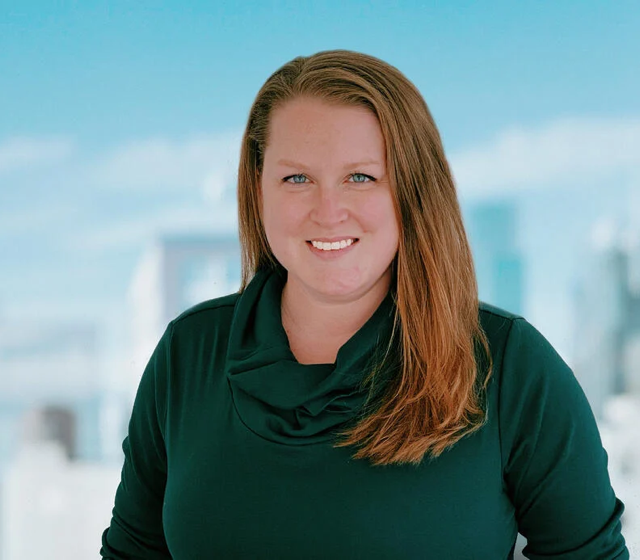 As the VP of Demand Generation, Meg is responsible for establishing & scaling the company’s growth strategy. She has also held demand-focused roles at Cybereason, Virgin Pulse, Bright Horizons, & Experian. Meg has been awarded for her contributions to cybersecurity marketing, including as the recipient of the 2020 Cybersecurity Marketer of the Year: Rising Star Award. She is also a contributing author & speaker on topics ranging from workplace diversity, equal pay, and scaling marketing teams. Meg has a BS in Marketing from Bentley University & lives on Boston’s North Shore with her rescue pup, Goji. 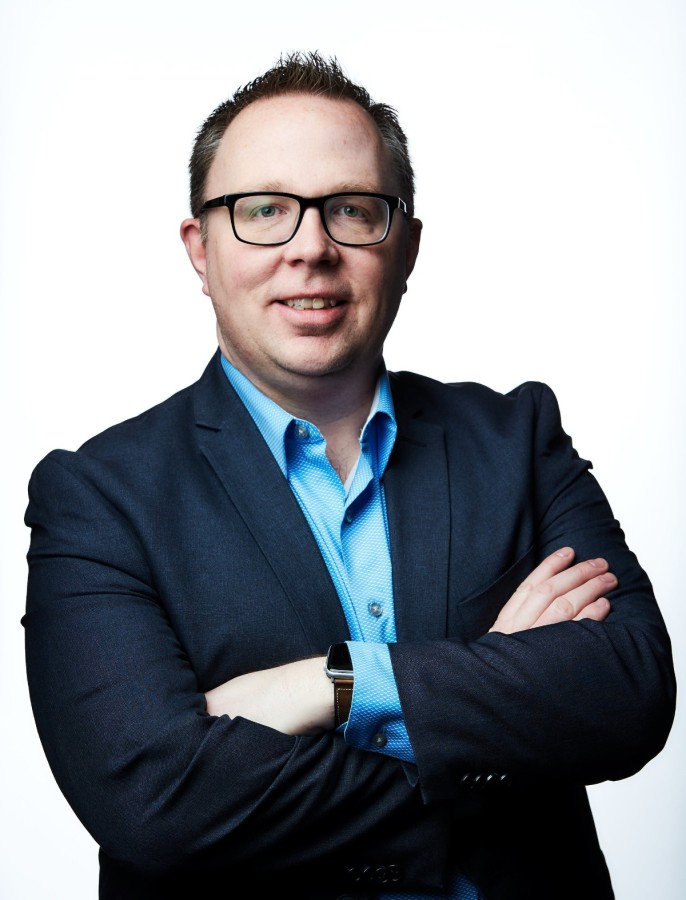 Sean is the Vice President, Sales Engineering at Axonius. As a 20 year cybersecurity expert, Sean has worked with some of the world’s largest companies in architecting and deploying security and compliance solutions including DLP, endpoint security, SIEM, encryption, and more. Sean has extensive experience leading and building both sales engineering and consulting services organizations in rapid growth companies. A graduate of Georgian College in Ontario, Canada for Software Engineering, he is now based in Michigan with his wife and 3 children. 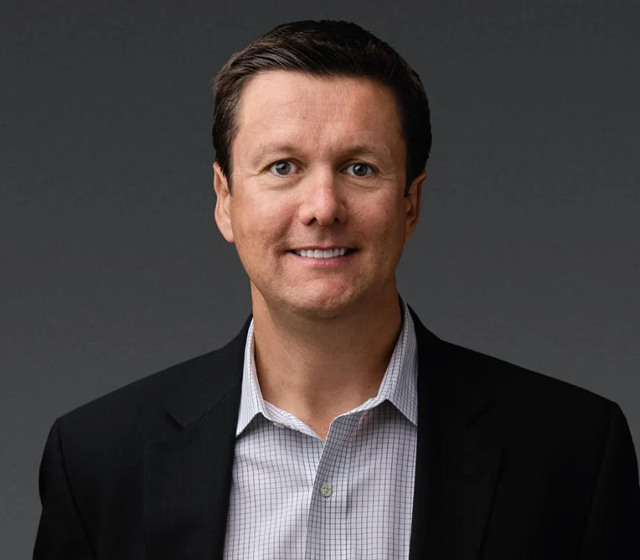 VP of Channels and Alliances

Mark Daggett is VP of Channels and Alliances at Axonius. He spent more than 20 years in technology, leading and developing channel and sales teams, including more than four years at Cylance (acquired by BlackBerry), which was the cybersecurity company to most quickly reach $100M. During his time as a channel leader at Cylance, Daggett was integral in helping relaunch its channel program. He has held leadership positions at several IT organizations including Quest Software (acquired by Dell), Govplace and eEye Digital Security. Mark resides in Southern California with his family, and enjoys relaxing at the beach, golfing and skiing.

Alon is an experienced cybersecurity expert with a rich leadership background. Alon is a graduate of the IDF Atuda program and has served in an elite unit in the Israeli Intelligence Corps. In his last position, he was the leader of an R&D section with more than 40 engineers and researchers. During his service, Alon received several awards, among them the Excellence Award of the head of unit 8200. Before joining Axonius, Alon worked at GrubHub as a Director of Engineering, managing multidisciplinary teams working on many innovative projects. Alon holds a B.Sc. in CS with honors from Tel-Aviv University and an M.Sc. in CS with honors from IDC Herzliya. Alon enjoys skiing and scuba diving when he has the opportunity. 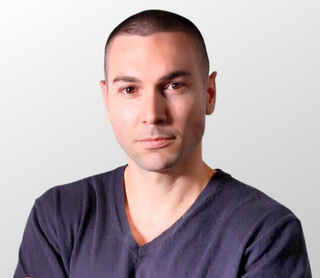 Biran is the Vice President of Product Management at Axonius. Biran brings more than a decade of Product Management experience to Axonius and has 15 years of experience leading and delivering high-end cybersecurity and intelligence products. Prior to Axonius, Biran held key PM executive positions within Microsoft Defender for Endpoint and SentinelOne; while at SentinelOne, he built from the ground up the company's EDR platform, Driving it from zero to a multi-million dollar business in its first year, with a 200% outlook growth. Biran believes that cybersecurity products should always support the organization and not the other way around and he is committed to providing seamless cybersecurity solutions without compromising on efficiency. 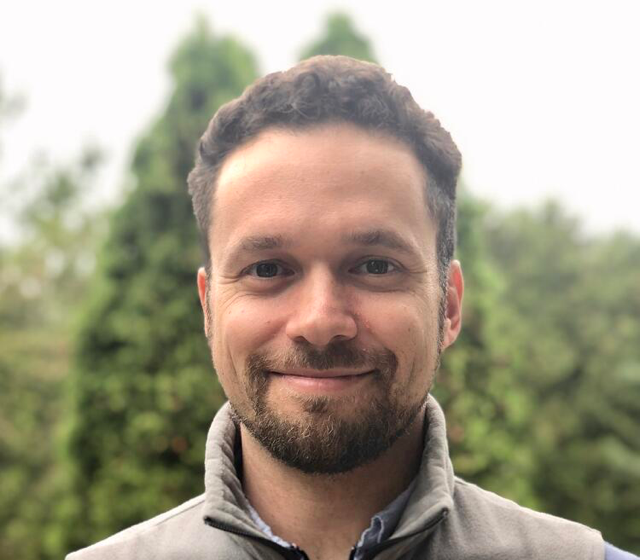 Edy is VP Legal at Axonius, bringing over a decade of experience to support the company’s rapid growth. Edy joined Axonius from Paul, Weiss, Rifkind, Wharton & Garrison LLP, where he represented clients (including Fortune500) in dozens of corporate, M&A, and commercial matters, and formerly practiced antitrust law with FBC & Co. He holds an LLM from Columbia Law School, an LLB/BA in Law & Cognitive Sciences from the Hebrew University of Jerusalem and is a published author on negotiation theory. Edy enjoys world travel, stand-up comedy, and acts as his family's DJ on the weekends. 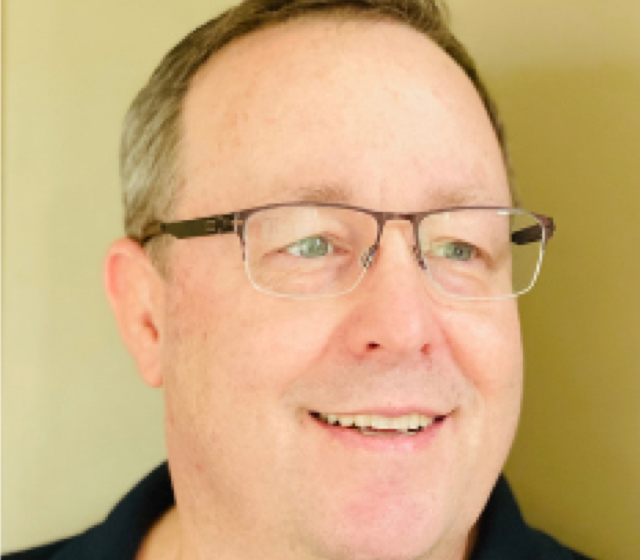 Patrick is the Vice President, Large Enterprise Sales at Axonius. Patrick has worked in myriad facets of the cyber and infosec industries over a 20-year period, developing a deep grasp of operational and technical challenges facing security practitioners today. Patrick has driven complex sales, integrating hardware and software technologies bundled with managed and professional security services to deliver complete solutions for companies like IBM, Symantec, Mandiant and Securonix. He lives in Chantilly, VA with his wife and daughter, enjoying golf, travel, and wine tasting. Patrick earned a B.S. in Physics from Roanoke College where he participated in Mössbauer spectroscopy research. 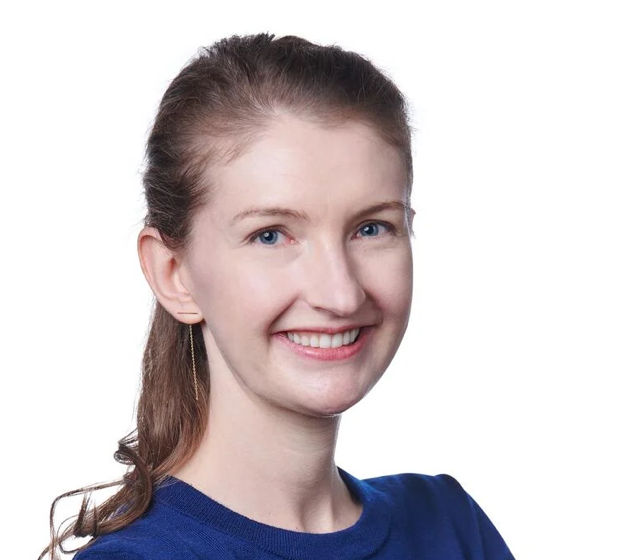 Alexandra is the Vice President of Business Operations at Axonius, where she oversees the company’s data, analytics and business systems. She has over a decade of experience driving revenue growth through technical system integration, process improvement and sales support, both at fast-growing startups and century-old organizations. Alexandra holds a B.A. in Economics and History from The George Washington University. She was born in California and spent most of her career in Washington, D.C., before moving to Brooklyn, N.Y. She enjoys crafting her own cocktails and spinning on her Peloton.

Bobby is a long-standing member of the US Cyber Security Community. Bobby has served in various roles for over 30 years in the United States Marine Corps, the United States Air Force, the Federal Bureau Of Investigation and the Intelligence community at large. As well Bobby was the Vice President and General Manager of Guardian Edge, Vice President of Federal Sales, Mobile Armor, Vice president of Federal Sales Verdasys and Director for Law Enforcement, Raytheon Cyber. Bobby enjoys working with United States Veterans organizations in his time away from the office. 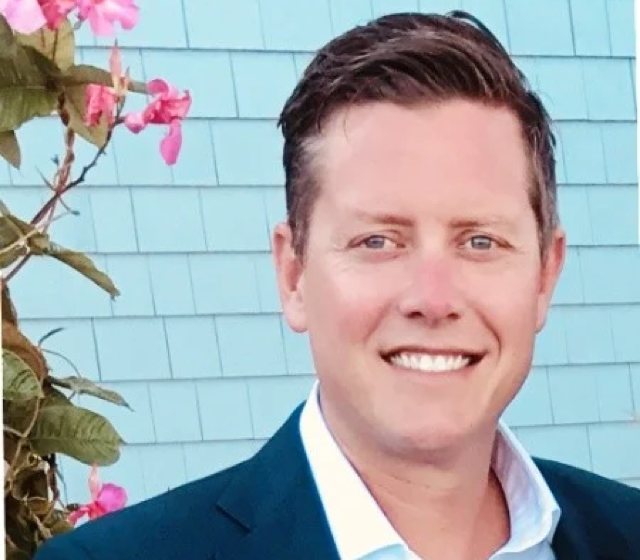 Brandon is a global Talent Acquisition executive with 20 years of experience leading teams, driving organizational change, and implementing talent strategies. He is passionate about all things People and spent much of his career in Germany, the Netherlands, and the UK, bringing a global perspective to Talent Acquisition, Diversity, Equity, and Inclusion, and Employer Branding. Prior to Axonius, Brandon let Talent teams at Barclays, MasterCard, Ernst & Young, and Rosetta Stone. When he's not recruiting you can find him on a soccer field cheering on his two children, and telling his dog to sit. 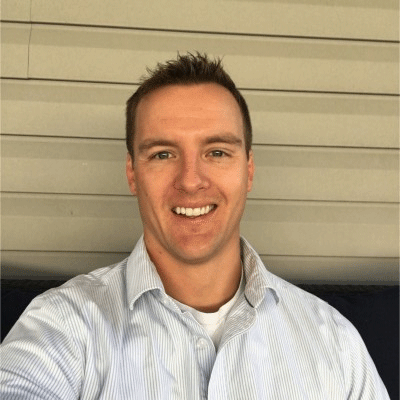 Mike is the Vice President of Commercial Sales bringing over a decade of sales and leadership experience to Axonius. He is passionate about teamwork and seeing individuals excel. Mike joined Axonius from Tenable where he led, grew, and trained his team to help Tenable through its IPO. Mike resides in Maryland with his wife and four children. You’ll likely find him playing sports with his kids or coaching one of their teams. 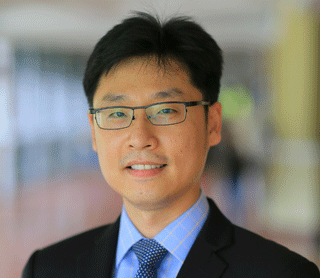 KY is the VP of Sales, APAC. He brings more than 20 years of building cybersecurity business across Asia. Prior to Axonius, KY was one of the APJ pioneer sales leaders at Carbon Black and established Carbon Black as a market leader in his region. KY was a key member of the APJ sales leadership, contributing to Carbon Black's IPO and continued to deliver stellar growth post-acquisition by VMware. He has also held leadership position at SonicWALL INC. (later acquired by Dell), building a successful channel business in the region. KY resides in Singapore with his wife and young son. Outside of work, KY enjoys reading and traveling around the region. 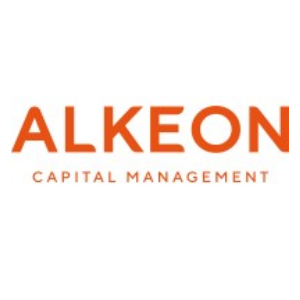 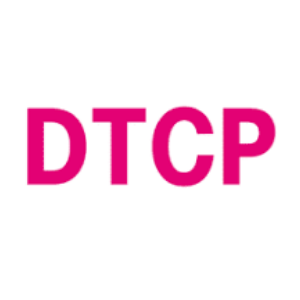 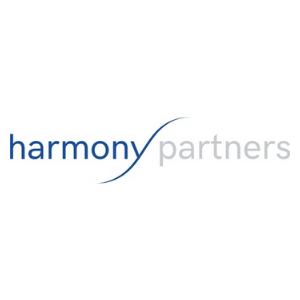 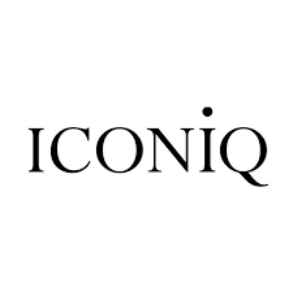 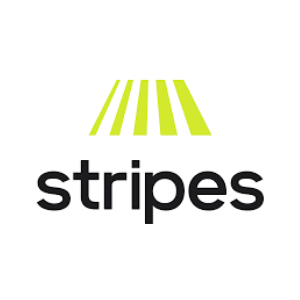 Asset management solved for cybersecurity. See the Axonius platform for yourself.