Our 2020 Cybersecurity Marketing Misses (and Some Hits)

For the second year, we're looking back at some of the Axonius marketing campaigns that failed, understanding why, and briefly touching on a few things that worked well in 2020.

If This Were Easy, Everyone Would Be Doing It

As I said in last year's roundup, they all can't be home runs. When you're growing as quickly as Axonius, you try many different ways to generate awareness and show the value of your product. Some work well, others fail miserably. And rather than focusing on the successes, let's start with the opposite.

Here's a selection of what didn't work for Axonius in 2020.

If A Webinar Launches But No One Can See It, Is It Really A Webinar?

When IT and security professionals see Axonius in action, they immediately get it and start to understand the many use cases where it brings value. But people are rightfully skeptical about signing up for a webinar or demo, as they might not be ready yet for a sales conversation. How could we show the product without requiring anyone to give us their contact details?

The idea was simple: rather than doing the traditional webinar where everyone has to register, we created a page on our site and embedded a YouTube live broadcast. Anyone could watch without us knowing, thus removing the friction and letting viewers attend anonymously.

I swear, I tested the setup 10 times. Every test run worked. But the second we were going live, nothing worked at all. Nothing displayed whatsoever. Viewers saw an empty section on a page where the live broadcast should have been playing.

Since I'd recorded a previous run-through for timing, we quickly added the recording to the page and emailed everyone to let them know about our very public failure.

First, never tempt fate with a clever name. What did I expect by calling it an "invisible webinar"? The comments write themselves.

Second, people are forgiving. I received several emails saying things like, "The longer you do this, the probability of something going wrong nears 100 percent."  If 2020 taught us anything, it's the fact that things won't go as planned — and people get that.

After several months, we tried it again and it worked. But we called it the "Very Very Visible Webinar" this time. It's the rare case where the failure was more fun than when everything was fine.

After RSAC 2020, all other cybersecurity conferences went virtual. Since the world was on lockdown, I thought that everyone who attends in-person events would check out the virtual alternative and have the same kind of engagement.

Whether from Zoom/webinar fatigue — or because the virtual conference platforms were weird — conferences that went virtual were duds. Thinking back, it's a problem of incentive: why would anyone go to a "virtual booth" to see a vendor's canned videos? There's already a place for that. It's called YouTube. Visiting a virtual booth is just an invitation to start getting ceaseless vendor emails.

Conference attendees visit the expo halls because it's convenient. They're able to spend two minutes at a booth to check out a short list of vendors, and bring home some swag. But take that away, and there's no reason to see a limited selection of what's available on vendor websites already.

First, most virtual booths look exactly the same, and it's hard to stand out. For our Black Hat USA virtual booth, we tried this:

Although we've had some success with other virtual conferences, they only succeed if you're able to stand out and do something different from everyone else. Just throwing a two minute demo video on a page and waiting for attendees to drop by is a sure way to fail.

So, How's Everybody Holding Up?

In the early days of the pandemic, things were scary and people needed a laugh. So creating a short-form, limited-run, celebrity cameo cybersecurity web series made total sense to me (and likely only me).

I created a video show called "So, How's Everybody Holding Up?" where each episode would feature:

How could a vendor-produced video series with Cameo guests not catch fire? Shocking. If you've seen any of the episodes and made it to the end, it becomes pretty evident that the host was dreadful and made a lot of unforced errors. Trust me on this one (or watch the blooper reel after the credits of any episode).

Unity In Cybersecurity For Good During A Pandemic: Easy Enough

In March, I wrote a post entitled "Things Will Be Weird in Cybersecurity for a While," where I compiled a list of pandemic-related cybersecurity news stories, resources for companies quickly transitioning to work-from-home, and how we can give back.

Next, I thought to create a site that compiles all of this information and let others submit relevant and useful information.

Although the intention was good, it put us in an awkward position to judge whether vendors were submitting thinly veiled marketing stunts aimed at taking advantage of companies struggling due to the pandemic.

Axonius is dedicated to supporting charitable causes, but we aren't a charity. Although I loved the idea, I bit off more than I could chew with this initiative. I realized that for something like Cybersecurity Cares to succeed, it would require more people, effort, and focus than we were able to give it.

Now that the duds are covered, here are a few campaigns that worked well.

Everyone Loves A Debate

How could we produce a webinar series that our audience would find entertaining, educational, and fun during an election year amid a pandemic?

We came up with an idea to have two cybersecurity experts debate whether a given topic should be the number one priority in cybersecurity right now. Both guests received a $500 donation to the charity of their choice. We called it The Great Debate.

It was fun, interesting, and it let people pretend to argue with each other. And at the end — unlike a real political debate — they were able to see each other's point and understand the nuance of their stance.

At the end of 2020, we decided to create an event focused on one theme: what can IT and security teams do right now to make for a more predictable 2021?

The event was titled "Predictability 2021", and it was a free, half-day virtual conference with sessions including:

Since the event was focused on a theme rather than just a product pitch, the content was educational and entertaining, and having several different sessions with many speakers kept it engaging. The entire company got behind the effort, and it was amazing to see what we could accomplish in 32 days.

Analysts Say Visibility is Tough and Axonius is Cool

We know that the more devices we have, the more difficult it becomes to get a full understanding of all the assets in an environment. But we wanted numbers.

We worked with analyst firm ESG on a survey that resulted in the report "2020 Asset Management Trends: As IT Complexity Increases, Visibility Plummets." 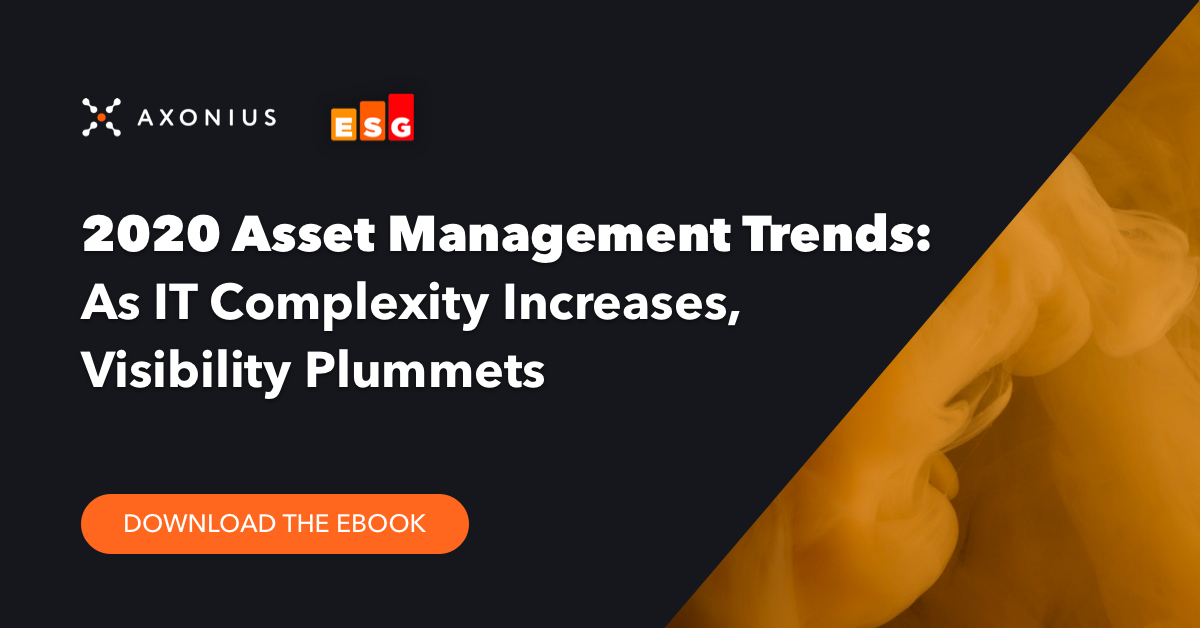 The result was an ebook, several webinars, and media coverage.

The survey was able to get detailed information on the asset management challenges organizations face, including what teams would prioritize if they were able to stop spending time on manual asset management activities. 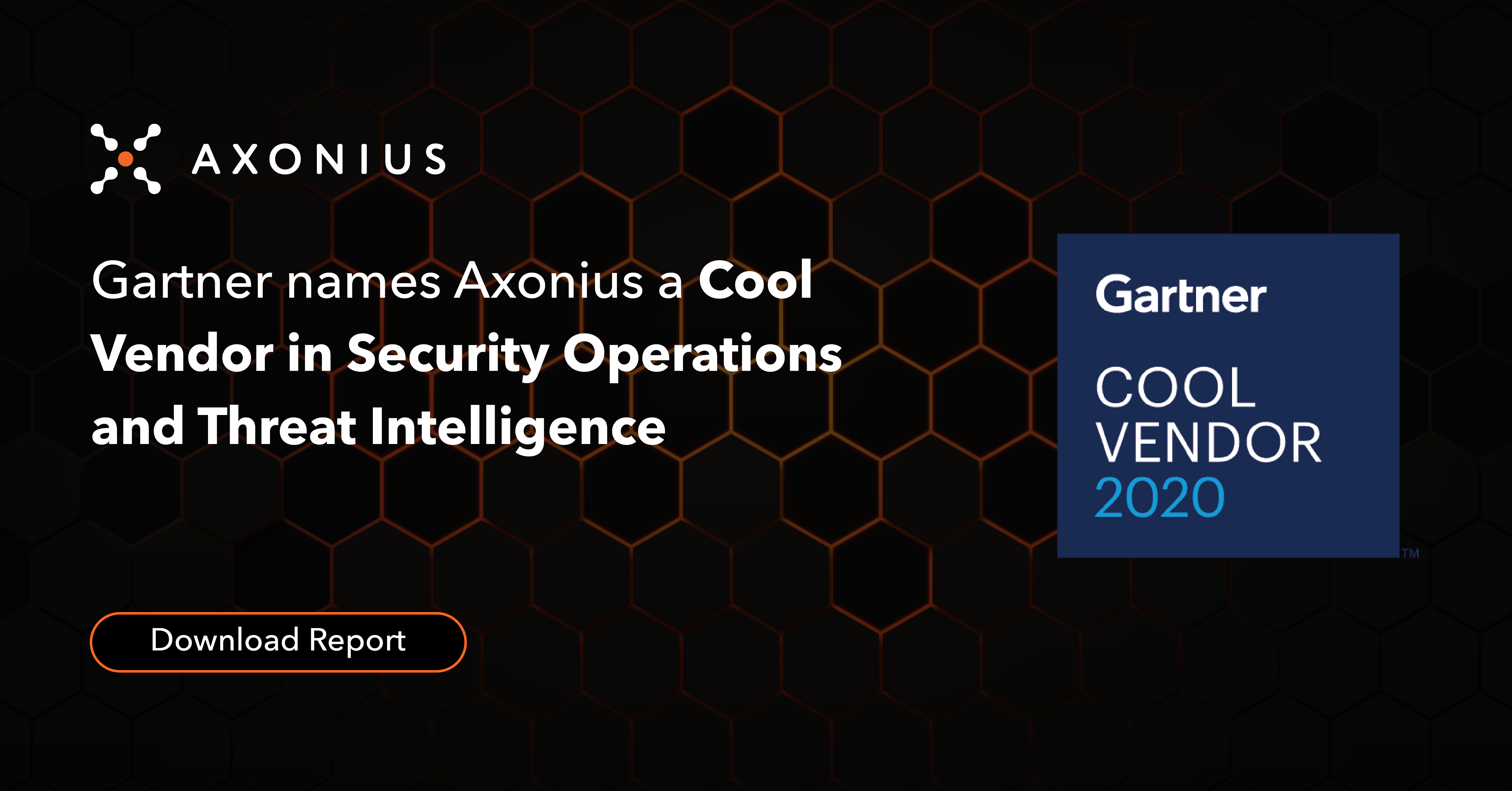 Finally, Axonius was Recognized as a Cool Vendor for Security Operations & Threat Intelligence.

Analyst firm Gartner recognized Axonius as a Cool Vendor in the Gartner Cool Vendors in Security Operations and Threat Intelligence 2020 report. Vendors recognized in this report are interesting, new, and innovative.

Vendors can say anything, and make any claims they want. Getting third-party validation from a respected industry analyst is incredibly important.

Thanks to the Best Marketing Team in Cybersecurity

Finally, just like last year, I want to thank the Axonius Marketing team (which grew from five to 15!), who I know to be the best marketing team in cybersecurity. What they’ve been able to accomplish in one year during a pandemic is ridiculous. Thank you for continuing to try new things, not resorting to FUD, and always looking for new ways to help add value to people that are rightfully skeptical about cybersecurity vendors. I am incredibly grateful to work with this team.