Recently, we hosted the second episode of The Great Debate, a 10-part webinar series where two cybersecurity insiders debate the hottest industry topics.

Hosted by Axonius CMO Nathan Burke, each webinar features two guests. They’re pitted against one another to debate whether or not their topic should be the number one cybersecurity priority right now.

The audience gets to weigh in on whose case is more convincing, and at the end of each episode our speakers are both awarded with $500 to the charity of their choice.

On episode two of The Great Debate, we heard from Brian Romansky, Chief Information Officer at Owl Cyber Defense, and Corey White, Founder and Chief Experience Officer at Cyvatar.ai.

The two shared a passionate debate on whether or not patch and vulnerability management should be the main security focus right now.

Romansky, who opposes patch and vulnerability management as the No. 1 priority for cybersecurity, said, “Instead of focusing on patch management and patch management infrastructure — which is really just throwing more software on top of already broken software — focus on network segmentation and hardware-based security controls that can’t be commandeered by an attacker."

On the other side of the Zoom camera sat White, who was in favor of the topic.

“You have to do patch management and vulnerability management. It’s the basic blocking and tackling,” White explained. “If anyone in the audience is saying, “Yeah, we’re not gonna do it…” – good luck in your career! You actually have to do it”

You can access the full debate between Brian Romansky and Corey White now by watching the on-demand replay here.

And don’t forget to register for the next event in the series, The Great Debate: Security Awareness Training, with Karen Walsh, Owner of Allegro Solutions, and Kathryn Goldman, CEO and Founder of Cybermaniacs. 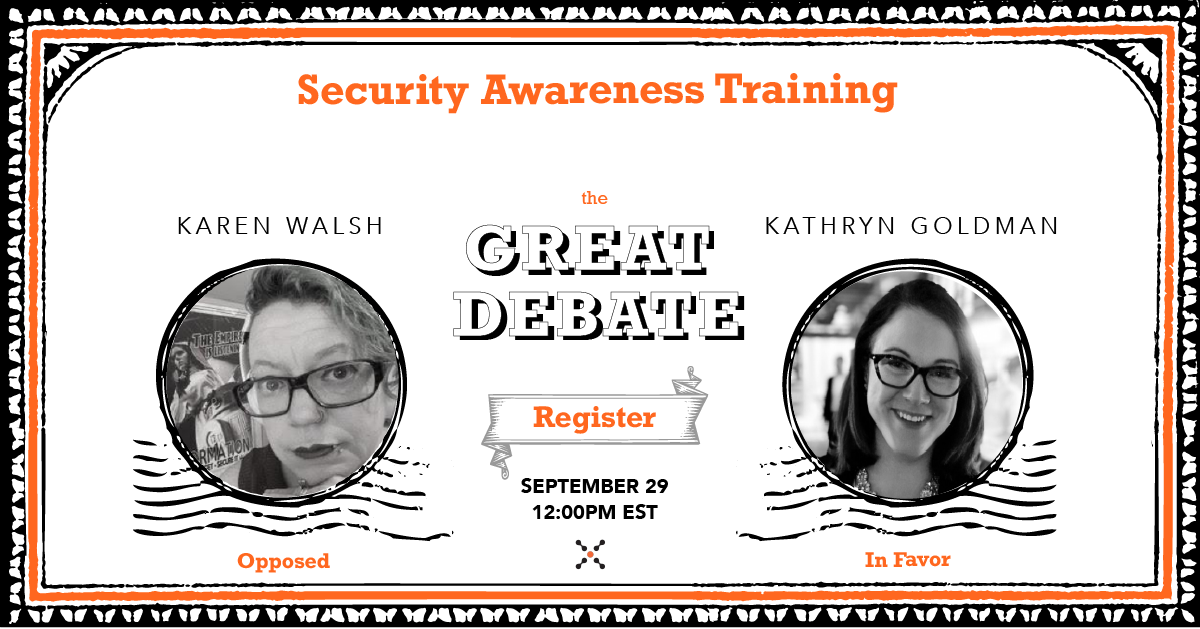