We recently held the third in a series of 10 episodes of The Great Debate.

The Great Debate is a 10-part webinar series where two guest speakers go toe-to-toe, debating whether a specific cybersecurity topic should be the industry’s No. 1 priority right now.

You can catch up on the first two episodes here.

On the latest episode of The Great Debate, speakers Sameh Sabry, solutions architect at Blackberry Cylance, and Danny Jenkins, CEO and co-founder of ThreatLocker, debated whether or not threat hunting should be cybersecurity’s top priority now.

According to Sabry, it should be.

“Doing the basics isn’t going to cut it anymore,” Sabry said. "Throughout human history, the side that has the technological advantage in a battlefield always wins… Today the attackers do outgun most of these companies.

“Traditional security has failed us for so many years,” he explained. “Getting proactive and surprising the enemy is our best bet."

On the opposing side sat Jenkins, who disagreed with Sabry’s opinion that threat hunting should be the number one priority in cybersecurity right now.

“But don’t send the dog sniffing for threats when you haven’t locked the front door,” he said.

Check out the full debate between Sameh Sabry and Danny Jenkins by watching the on-demand replay here.

And make sure you register for the next episode of The Great Debate. Karen Walsh, Owner of Allegro Solutions, and Kathryn Goldman, CEO and Founder of Cybermaniacs, will go head-to-head debating whether or not security awareness training should be the No. 1 cybersecurity priority right now. 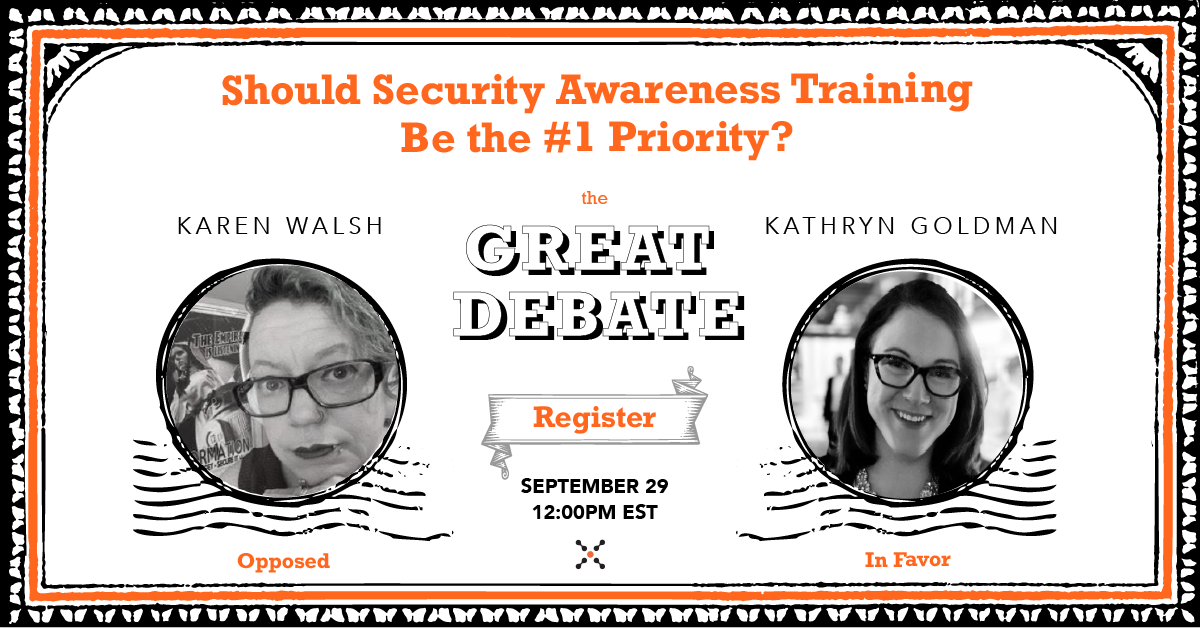