A few weeks back, we launched The Great Debate. In this 10-part webinar series, two cybersecurity experts go toe-to-toe to debate the merits and pitfalls of some of the hottest topics in our industry today.

The series is hosted by our own Nathan Burke, Axonius CMO. On every webinar, our two speakers are pitted against one another to debate whether a specific topic should be the number one cybersecurity priority right now.

Webinar attendees get the chance to decide whose case is more persuasive, and each speaker earns a $500 donation to the charity of their choice.

"Driving toward something that really is meaningless marketing speak is damaging the InfoSec industry and damaging your organization,” said Goodwin, who opposes zero trust.

On the flip side, Watson was fully in favor of it, claiming that zero trust should be the top priority for cybersecurity right now.

Here’s a quick highlight of The Great Debate: Zero Trust. You can access the full debate between Craig Goodwin and Dan Watson now by watching the on-demand replay.

And don’t forget to register for the next event  in the series, The Great Debate: Threat Hunting, with Danny Jenkins, CEO & Co-Founder of ThreatLocker, and Sameh Sabry, Solutions Architect at Blackberry Cylance. 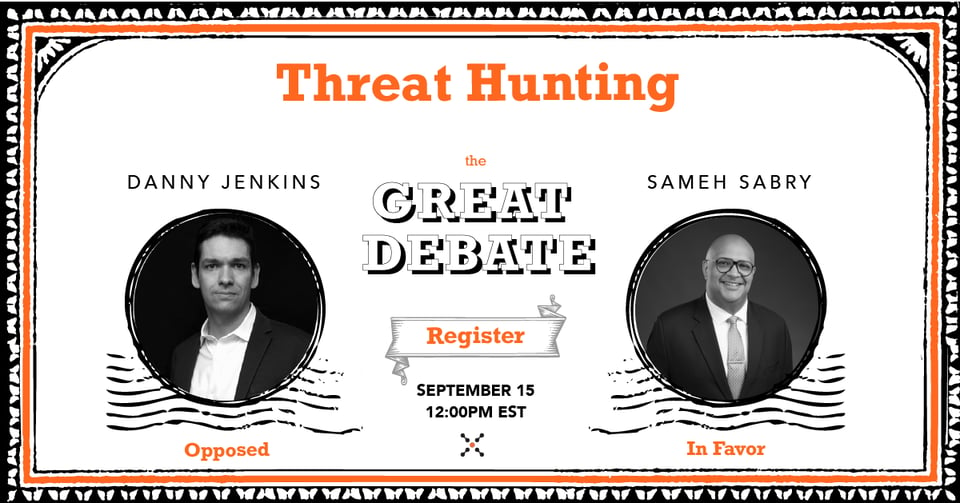 Register now for The Great Debate series. Can’t make some of the live events? Sign up anyway to get an on-demand recording as each episode becomes available.

Should Cloud Security Posture Management Be a Top Priority?

Should Zero Trust Be a Top Cybersecurity Priority This Year?